Since installing a solar system for his bakery seven years ago, this Victoria homeowner has been keen to install a system for his house, and last year that goal became a reality.

“It’s a clean energy source and a safe investment,” he says.

And though he has seen about a 40 per cent drop in his hydro bill since the installation of his 16 panel, 6.16kW ground mount system in 2019 (and he figures it will probably go up to 50 per cent), he says that the economics weren’t his prime motivator.

“It’s super cool to know you are generating your own power. Sometimes I go out and sit beside it (his ground-mount array) and read my book and think about all the energy it’s generating. And then I look over and see my neighbours drooling with envy.” 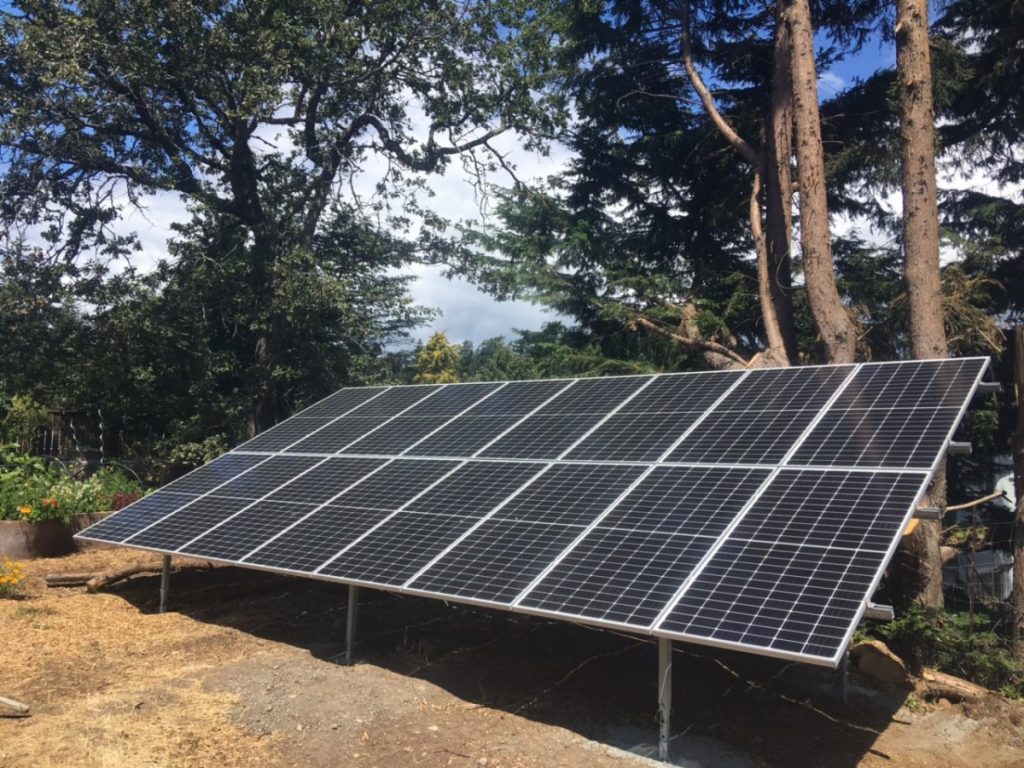